The visual description of MPA life 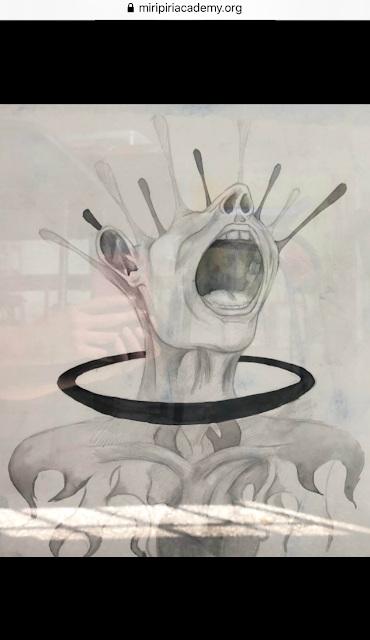 My last post of the day. I have been working on all this stuff for over 48 hours straight and I need a break. I want you all to know, i'm doing this because I truly believe as a mental health counselor myself that this school was so incredibly harmful to so many children, I have hours and hours more of evidence and stories I will post to this blog over time. We cannot let this get swept under the rug again. These children deserve better. I deserved better. We all did. This school cannot be allowed to continue, I will sacrifice everything I have left in me that was not destroyed by this school to make sure that happens.  Now, since I am also an artist I was very moved by some of the artwork some of the students have done over time. They tend to only post the winners. But some of these artworks are somewhat disturbing. They are things I would have drawn if I was feeling traumatized or in pain. Yes, I know there is not evidence to suggest that is actually the case, but it broke my hea
Post a Comment
Read more 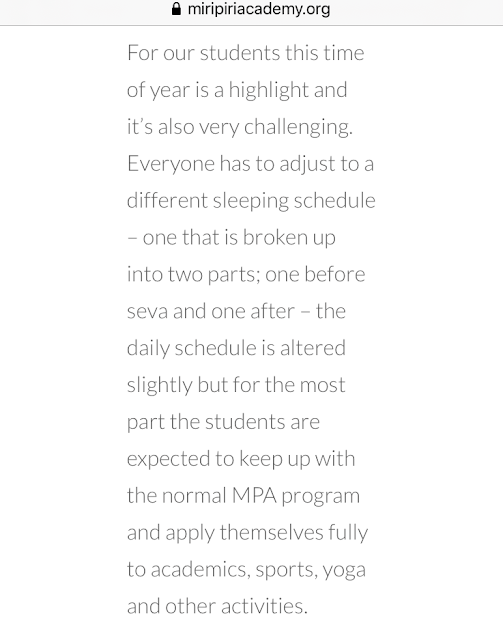 So this is an important topic for me, not only is my dad literally a Harvard sleep researcher, but he actually went to the staff of MPA several times showing them evidence and proving to them that the students were not getting enough sleep and that this could literally cause BRAIN DEVELOPMENT ISSUES. They did NOTHING. I might as well have done drugs as a teen it has the same effect. I cant even explain to you how tired I was all the time. I remember after getting home my first year I slept almost two full days. That says something. The worst of it was during the 40 day seva, we'd get up at 2am after going to sleep around 10pm usually. Often I would try to find places to sleep at the Golden Temple, this may have been disrespectful, but many students did it wherever they could find a place to hide from the staff. We'd get back around 5am and then have maybe a couple more hours to sleep before doing a full 12+ hour day of many hours of exercise, yoga and exercise we were supposed
Post a Comment
Read more

Worst dad ever award goes to.... 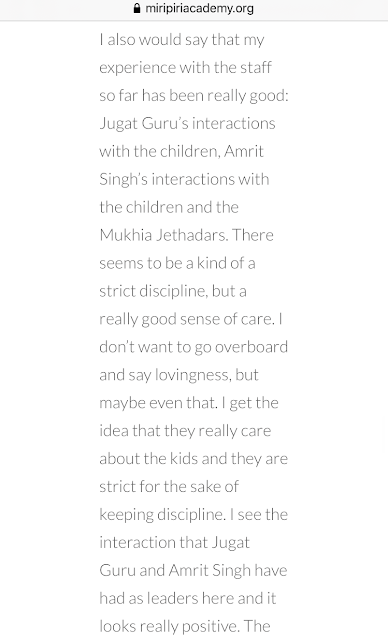 One of the most shocking posts I came across was one from a father who had recently sent his son to MPA. From a very brief observation he determined that the school was fine, the staff were not abusive and there was no bullying. This blows my mind. How can you determine this by not living there yourself or notbeing there for more than a couple weeks? He said he would not send his son if he had not wanted to go, as many people did anyways, however, later on he states that his son literally told him he did not like it and discounted his sons statement by saying that third parties had told him it would be fine. How is that ok? Not to mention the whole thing about children not understanding culture shock. I 100% experienced this as im sure many people did. Children are not immune to shock, where did he even get that idea? He states that he brought his son to the school despite knowing that the academics were potentially not up to par, like....what kind of parent would do this? I'm Spee
Post a Comment
Read more

My health wasnt so great either 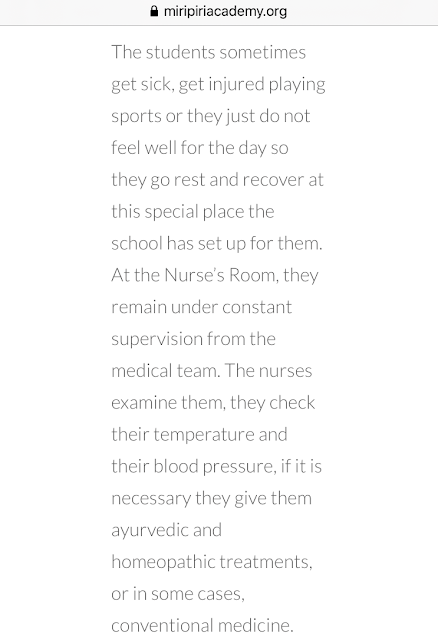 So when I was in India, I used to get sick a lot. I always thought it was strange they never really gave me medicine for it, and if they did it was homeopathic. I remember the distinct taste, strong alcohol on some sugar balls. I kinda always thought how can this possibly work, and I never really got better but didn't care too much at the time as long as i recovered eventually. Unfortunately I do still have scars from wounds that went uncared for. Now I truly have evidence that they did not use any research based practices and used alternative unproven medicine. Its no wonder I got sick so much. Why did they leave this stuff online? Again I have no idea.
Post a Comment
Read more

Knowledge is not power I guess? 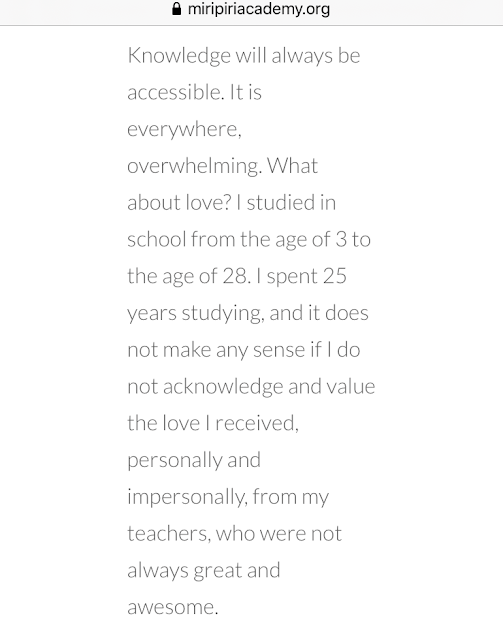 So I dont know who posted these to the MPA website, but she is clearly discounting that knowledge is of any importance to children's development. If this website ever decides to take this stuff down, ill just be glad i got all this info now. Ironically, as she angrily seems to attack parents for wanting their kids to learn, she states that love is a better answer than knowledge. I guess my question is where is, or was, the love?
Post a Comment
Read more

What were they thinking? 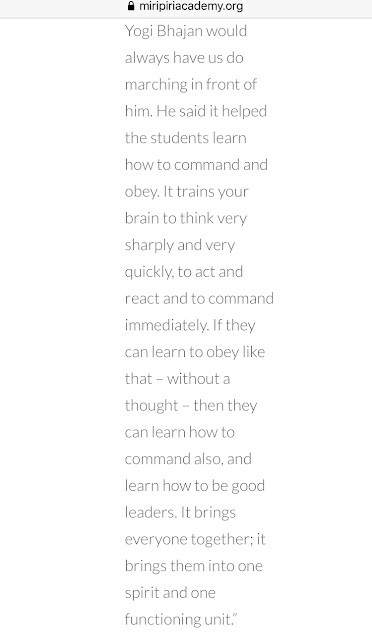 Recently I decided to search the MPA website and looked back in their archives. I found some rather disturbing things. Yogi Bhajan, the leader of 3HO, who has now been accused of countless acts of sexual abuse to adults and children alike, gave the school some rules. Well...he gave everyone rules, it was a cult after all. Anyways, these are some of the things people seemed to think were ok because this cult leader told them to.
1 comment
Read more

August 04, 2020
I was part of 3HO or the “healthy, happy, holy organization” until I was 19. It was considered a sect of Sikhism but in reality it was a dangerous cult. I was brought up into their values and perceptions and thinking from birth. Something in the back of my mind even as a very young child told me something was wrong. My mother always made me put on a turban for school and I’d ask every day when I could take it off. I went to summer camps in New Mexico after our yearly summer solstice celebrations where the camp leaders were cruel, the peers had already gone to the school in India together and had formed cliques and friendships and I was alone with the few others who had not yet attended the school. I begged my parents not to send me to the school in India, I threatened suicide, I tried to run away. In August 2004, the beginning of my 9th grade year when I was 14, my parents sent me anyways. I had a farewell party with my friends, my mom took me to the zoo the day before I left and we bo
2 comments
Read more